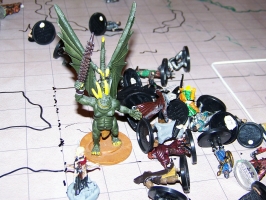 Being a Game Master in Fyxt RPG is far easier than other roleplay games because the system is so streamlined. The Game Master doesn’t need to know obscure game rules and exceptions when running a Fyxt RPG game. In other games such as Dungeons and Dragons, the GM needs to know about every character, spell, race, monster, etc., spending a lot of time outside of the game researching books, the web, and magazines in hopes to staying up to date on rules and new spells. GMs would need to know that their carefully laid plan would not be easily foiled by one spell from one character. Fyxt RPG has simplified the GM role as much as it has the player’s role, making it fun, instead of feeling like a second job.

The Fyxt RPG creates all player characters and non player characters off the same simple and smart mechanics, so a Game Master only has to know the basics about characters to know about all of the characters in their game. The Game Master can easily understand the base game mechanics so they can focus on what is really important in a role playing game: creating and/or running engaging and interesting worlds for the players to explore.

Running a Fyxt RPG Game as the Game Master (GM)

A Game Master, or GM,  will prepare a story, also called an adventure, that the players will play through for a game session. This story can be an existing story or something that the Game Master made up.

The Game Master will then lead the players through the story. The story will evolve as characters make decisions. For a quick example of Fyxt RPG game play, click this link: Sample Fyxt RPG Game Play

During the session, normally 2-6 hours for most games, the Game Master will present the story and the situations and manage the players as they work through it. These situations can be anything that the Game Master dreams up but they generally get broken down into three Game Modes.

The Game Master presents the players with challenges of all types. At the end of the game the Game Master then decides how well the group handled those challenges during the adventure, oftentimes rewarding the group with cash and items they earned for the adventure. However, the best reward for the players is usually completing the story successfully and heroically while advancing their own character stories. Or just generally being part of a fun and engaging story.

Game Masters play Fyxt RPG right along with their players, but they serve as the judge in situations and play the “bad guys”.

For groups of players new to Fyxt RPG, it is highly recommended that each player take turns being the Game Master for the group. This will help each and every player quickly learn the ins and outs of Game Mastering. Fyxt RPG makes it so easy that everyone will want a chance at the fun of running a Fyxt RPG game as the Game Master!

How Many Fyxt RPG Players for a Game

A minimum of two players are required for any Fyxt RPG game: one to play a character, and one Game Master. In many other RPG’s such as Dungeons and Dragons, you’ll need three or four at least. This is because the characters in these old RPG’s are specialized and depend heavily on a variety of other characters to make a successful group. The Fyxt RPG  is different. In Fyxt RPG, each character is so flexible that a single player can handle a variety of situations. Also, the Game Master can easily adjust the game to suit a single character.

However, it is always more fun to play Fyxt RPG with more players! More players add diversity, great personalities, and a whole myriad of other wonderful things to agame. The ideal player group size for most Fyxt role playing groups is 5 to 7 total players. This leaves 1 player to be the Game Master and 4 to 6 players.

In theory, the Fyxt  RPG could be scaled up indefinitely, but more than 8 players has complications. That many players will slow the game down because there are so many players that get a turn every round, and the GM will need to try to keep track of more players and may have to handle more enemies to counter the many players. If you happen to have a large group Fyxt RPG game session like this, you might want to institute some rules about focusing on the game and asking players to know what they will be doing on their turn so the turns go smoothly.  Though I do not recommend this type of game as a regular thing, GMing a big group can be a lot of fun a couple of times a year!

For further information on running a Fyxt RPG game as Game Master: 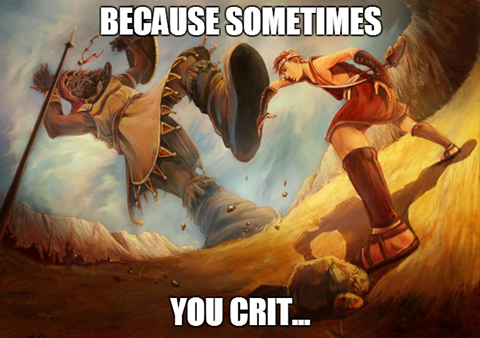 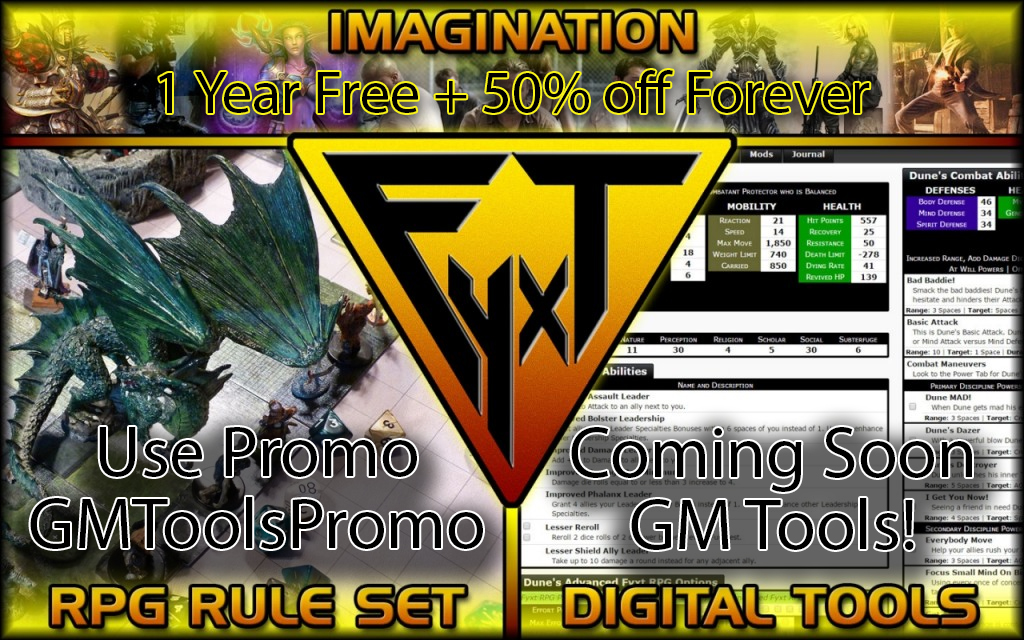