Game of Thrones is a very popular series on HBO that gets a lot of attention from its dark and dirty world. It frequently makes headlines due to the nudity, incest, violence, and many other shocking points in its story. The characters tend to be deep and complex with very few truly being totally good or totally evil.

Game of Thrones does a pretty good job playing with some of the moral ambiguity of situations and tests the ideas of good and evil through different perceptions of the different characters in the story. However, Game of Thrones does seem to have issues with being aware of the level of knowledge and understanding of the story that the audience has. At first I thought that the writers of Game of Thrones were treating the audience as if they were really slow and unsure of the nature of their characters. However, over time I have come to believe instead that many of the extra scenes are included to shock and horrify the audience instead of existing to reinforce a narrative.

As any good GM should do I have been carefully examining Game of Thrones TV show storytelling and comparing it to GMing for some time. I want to learn new ways to tell a compelling story. The best way to do that is to study popular stories of our time and see how they can teach us to be better storytellers. Unfortunately, Game of Thrones has taught me the unexpected lesson of what not to do.

This article is based off comparing the TV Show to GMing. It does not address the books.

I think after the episode “Red Wedding”, I got the message that horrible things will happen in the story for the sake of being horrible. Not because it is an important plot device, but because it will shock and disgust the audience. I think “to shock and disgust” is a terrible way to tell a story. I believe storytellers can have shocking or disgusting things in their stories but that should never be the point of having them in the story. In nearly every case so far, especially in season five, there was no good reason I could see to have these scenes. They didn’t teach the audiences that these people were bad, mean, corrupt, or evil. We already knew that. So there was no need to “remind us”.

When that sweet little girl was burned alive for no reason I had to turn away. I got physically sick to my stomach. This was absolutely appalling. That kind of thing SHOULD appall us. People should turn away. But when you add such unnecessary horror to a story I find it not only turns people away from the scene, it turns us away from the story or campaign. When it comes down to it, all good story tellers should strive to draw their audience into the story, not push them out. Game of Thrones continually pushes me out of the story.

When looking at this from a gaming perspective and comparing my level of interest and involvement I would be totally bummed as a GM. Though at the beginning I really liked the show, I now watch Game of Thrones for little more than to “get the memes” or understand a popular culture reference. I don’t care about the story. I don’t care about the characters. I don’t care one way or another what happens in Game of Thrones. If I told a story in a game that did that to my players, half would of them would quit and find a better GM. I certainly would not want to play a game like Game of Thrones, so why would anyone else?

Between the needless scenes of horror and atrocity and the constant killing of important characters and important plots it turns the story into an almost incoherent jumble. Instead of having a huge cast of amazing characters with so many choices for adventure and storytelling, the GM for a Game of Thrones game hobbles themselves by having a sudden and shocking death scene of an important character. This robs the story and the campaign of a huge amount of continued story. Plus, it teaches your players, the audience, to disengage from story. That is the last thing you ever want your players to do.

I am not saying that storytellers and GMs can’t kill off characters. In fact killing characters off correctly can be an amazing plot tool. But characters should almost always die for a good narrative reason. This is especially true if these characters are the centerpiece of the story. If the story calls for one of these important characters to disappear or be killed, it is vital to have an obvious and important direction for the story. 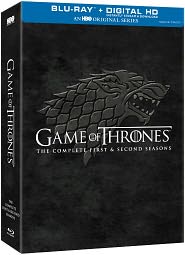 All in all the lessons learned from Game of Thrones for GMing were not what I expected. However, very important lessons can be learned about what GMs shouldn’t do in their stories. Especially if they want to have engaged, excited, and interested players. Yes, a death is immediately shocking. But then it is over. Characters that survive live on to create ever more interesting adventures.

What are your thoughts on the style of Game of Thrones type storytelling? Do you feel drawn in and invested? Or do the horrific twists turn you off to the story. Please post your thoughts and advice below!

The Last Witch Hunter is now in theaters. As a demonstration I thought it would be fun to whip up Kaulder the […]

The TV show Supernatural was recently a main focus of MALCon (Myths and Legends Convention) in Denver. So for MALCon I found […]

There is more to creating awesome player characters than you might think. Creating a new character for a new tabletop RPG game […]